For PRELIMS it is important to learn why we are celebrating such events . What are the new conservation policies  ?

For MAINS go through the flaws in conservation policies and the mitigation part !

In his special message to the team on World Turtle Day, Union Minister of Jal Shakti, Shri Gajendra Singh Shekhawat said, “Biodiversity is an essential part of Indian Culture and in fact, understanding the importance of Turtles, they have been worshipped in our culture from time immemorial’.
World Turtle Day was founded by the American Tortoise Rescue (ATR), a non-profit organization committed to the protection of all turtles and tortoise alike. In 2002, the rescue announced World Turtle Day to fall on May 23rd annually.

LET US TALK ABOUT CONSERVATION :

Unsustainable harvesting, illegal trade and habitat degradation, however, threaten turtles across the country. 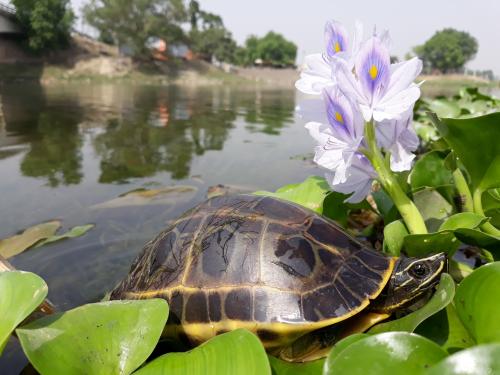 CONSERVATION IN TIMES OF COVID-19

One of the major challenges was understanding distribution of turtles across India.

“We need scientific information for management of different species. This is usually collected by biologists and conservationists on a limited scale. So, by involving citizens, we can add to the volume of information over both time and space”.

What others are reading : Important UN Articles for UPSC

Read More
UUnited Nations
This can cause pain and other serious problems such infection, acute chest syndrome and stroke.