For PRELIMS note down how data has been leaked and you should know briefly about this organisation too.

For MAINS medical ethics are not only concerned with doctor and patients . Its about digital privacy and data security .

Medical details of over 120 million Indian patients have been leaked and made freely available on the Internet, according to a recent report published by Greenbone Sustainable Resilience, a German cybersecurity firm.

Digital distress: A doctor or a hospital is legally bound to maintain patient confidentiality.

The updated report also places Maharashtra at the top of the States affected by the leak.

The first report was published in October last year, in which Greenbone revealed a widespread data leak of a massive number of records, including images of CT scans, X-rays, MRIs and even pictures of the patients.

The follow-up report, which was published in November, classifies countries in the “good”, “bad” and “ugly” categories based on the action taken by their governments after the first report was made public.

India ranks second in the “ugly” category, after the U.S.

The other concern is of fake identities being created using the details, which can be misused in any possible number of ways,”.

Greenbone’s original report says the leak was facilitated by the fact that the Picture Archiving and Communications Systems (PACS) servers, where these details are stored, are not secure and linked to the public Internet without any protection, making them easily accessible to malicious elements.

Electronic images and reports are transmitted digitally via PACS; this eliminates the need to manually file, retrieve, or transport film jackets, the folders used to store and protect X-ray film.

The universal format for PACS image storage and transfer is DICOM (Digital Imaging and Communications in Medicine).

Non-image data, such as scanned documents, may be incorporated using consumer industry standard formats like PDF (Portable Document Format), once encapsulated in DICOM. 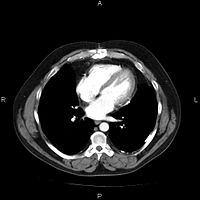 Combined with available and emerging web technology, PACS has the ability to deliver timely and efficient access to images, interpretations, and related data.

Greenbone Networks was founded by leading experts for network security and free software in 2008.

The company is headquartered in Osnabrück, Germany.

It identifies security risks in corporate IT, assesses their risk potential and recommends actions.

The goal is to prevent attacks by targeting precautionary measures.

“The leak is worrying because the affected patients can include anyone from the common working man to politicians and celebrities. In image-driven fields like politics or entertainment, knowledge about certain ailments faced by people from these fields could deal a huge blow to their image.

Read More
UUPSC Mains General Studies Paper 3 for 2021 Preparation
Youth and COVID-19 | ILO Report : One in six young people aged 18–29 (17.4 per cent) had stopped working since the onset of the crisis.