“It’s meaning in your life that causes you to have ideas that will help people.” ― Jal Tucher”

For PRELIMS  its very important to know the significance of this exercise,venue and its edition ! Though numbers are not important but commencement sometimes matters a little while picking out out man out in MCQ’s.

For MAINS understand it through the lenses of Sino-India relationship !

WHO ORGANISED IT ?
PARTICIPANTS?
AIM:

The exercise will send a strong signal to the world that both India and China well understand the emerging threat of terrorism and stand shoulder to shoulder in countering this menace plaguing the world.

Dutch, Danish heritage in Hooghly gets an ASI push

Dutch, Danish heritage in Hooghly gets an ASI push

The bends and turns along the western banks of the Ganga in West Bengal’s Hooghly district has stories of many colonial settlements, including the Dutch and Danish. In an attempt to shed more light on these settlements, the Circle of the Archaeological Survey of India focused on Danish and Dutch cemeteries among other monuments during its World Heritage Week celebrations last month.

For PRELIMS  you must go through ASI breifly and most important here is Dutch rule in India . Spectrum (Rajiv Ahir) can be a saviour here .

For MAINS understand the reasons aftermath and consolidation of BATTLE OF CHINSURA.

“The Dutch cemetery is a reminder of the golden days of their legacy in Chinsurah. The graves at the cemetery are scattered under the shade of old trees and surrounded by a high wall,”. The cemetery, which reflects a distinct architectural style prevalent in those times and similar to the Dutch cemeteries in south India, has about 45 graves of Dutch citizens who died between 1743 and 1846.

The Dutch cemetery in Chinsurah 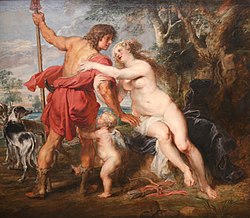 Consequences of the Battle of Chinsurah

The cemetrey also includes a tomb of Col. Krefling, the Danish chief and director, who died in 1828. The Danish Governor, Hohlenburg, after his death in 1833, was buriedin this cemetery.

Both measles and rubella can be prevented by a highly-effective vaccine/ India is second highest, next only to Nigeria with 2.4 million

For PRELIMS dive into Measles and understnad treatment , therapy , vaccination and the perception of WHO about this disease.

For MAINS understand the drawbacks in immunisation program and issues related with the disease.

India initiated one of the world’s largest measles-rubella campaign to eliminate measles and control rubella in the country. By November 2019, more than 324 million children and adolescent between 9 months to 15 years of age have been vaccinated with one dose of MR vaccine.

Mass immunisation campaigns are an effective strategy for delivering vaccination to children who have otherwise been missed by routine services. But it does reflect how many children get missed by the routine immunisation programme.

What are the laws on rape and sexual crimes?

How have they changed over the years? When was the death penalty clause included?

For PRELIMS nothing else other than VISHAKHA guidelines and POCSO !

For MAINS absorb this article completely.

Within and outside Parliament there has been a clamour to make the criminal justice system tougher on an offender committing sexual crimes against women and children.

What has been the system in place?
What did the IPC say?
Section 376 provided for seven years of jail term to life imprisonment to whoever commits the offence of rape.
Why was the Criminal Law Act amended?
Are the laws gender neutral?
Are rape laws stricter now?
What about offences against minors?
The minimum jail term for rape, which has remained unchanged since the introduction of the IPC in 1860, was increased from seven to 10 years.

How to end RAPE CULTURE TODAY ?

Unlike other two vaccines, the tested vaccine can be given to babies who are just six months old

For PRELIMS the key points here will be Types, How they work and significance of Typbar TCV

For MAINS nothing much important than rise and fall of numbers.

A typhoid vaccine (Typbar TCV) developed by the Hyderabad-based Bharat Biotech has shown 81.6% efficacy in preventing typhoid fever at 12 months in a phase-3 clinical trial. The trial was carried out in Nepal in over 10,000 children who received the vaccine.

Efficacious: A single dose of the vaccine was found to be effective in preventing typhoid in children of ages between nine months and 16 years.

Earlier, a small phase-3 trial carried out in India by Bharat Biotech and University of Maryland School of Medicine, Baltimore, in two groups — 2-45 years old and 6-23 months old — found that a single dose of the vaccine was able to provoke immune response in 98% of the vaccinated children. The results were published in the journal Clinical Infectious Diseases.

“More importantly, the Conjugate vaccine can be given to babies as young as six months, while the other two vaccines cannot be given to children below two years of age.”