“The better you feel about yourself, The less you feel the need to show off.”

Govt. procured only 3% of pulses, oilseeds proposed for this season

For PRELIMS you have to dive in deep into PM-AASHA

For MAINS this article will give you Pros and Cons of the above scheme.

The PM-AASHA or Pradhan Mantri Annadata Aay Sanrakshan Abhiyan, was announced with great fanfare in September 2018, as an effort to ensure that farmers growing pulses, oilseeds and copra actually get the minimum support prices they are promised for their crops each year.Less than 3% of this season’s sanctioned amount of pulses and oilseeds have actually been procured.

Arrival of pulses and oilseeds began in October and will end by February.

After Cabinet nod, Citizenship Bill ready for tabling in House

It will not apply to the tribal areas of Assam, Meghalaya, Mizoram and Tripura

For PRELIMS go back to laxmikant and compare the bill with the naturalisation process and Citizenship from birth.

For MAINS remember ! This bill is going to replace Citizenship Act 1955. We will cover this in detail again in upcoming days.

The Union Cabinet chaired by Prime Minister Narendra Modi cleared the Citizenship (Amendment) Bill.The Bill seeks to amend the Citizenship Act, 1955 by seeking to grant citizenship to undocumented non-Muslims from Bangladesh, Pakistan and Afghanistan who came to India on or before December 31, 2014.

The Bill does not apply in :

Any confusion between NRC and CAB ?

It will contest ‘deemed forest’ tag

For PRELIMS you have to note what is protected, deemed, reserved forests and who is protecting them under which acts.

For MAINS let this controversy grow a little 😉  Issues subjected to national interest would worth our discussions.

The Union Environment Ministry is likely to challenge a recent notification by the Uttarakhand Forest Department on its definition of a “deemed forest”. Deemed forests, which comprise about 1% of India’s forest land, are a controversial subject as they refer to land tracts that appear to be a “forest”, but have not been notified so by the government or in historical records.

Deemed forests are already a legal category of forests in some states and they are not defined according to the dictionary definition.

For PRELIMS lets understand what is LAC

For MAINS there are some differences on LAC between Sino-India. Analyse them all and make a Mind map.

Defence Minister Rajnath Singh on Wednesday told the Lok Sabha that there are “perceptional differences” between India and China on the Line of Actual Control (LAC) but the two countries have a mechanism that prevents any escalation of conflict. 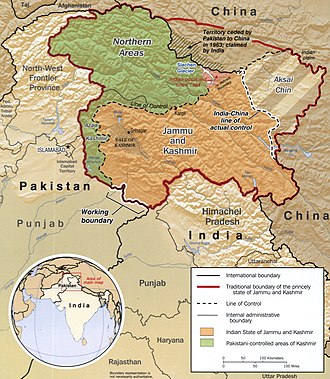 The Defence Minister said that whenever a situation of confrontation arises, Armies of the two countries handle it in a very “mature” way.

Right of an accused to a fair trial’

For PRELIMS not much important.

A tendency among government agencies to hand over documents in sealed covers to courts in “every case”, coupled with an inclination among judges to reproduce their contents verbatim as judicial findings to deny bail, is against the right of an accused to a fair trial

WHAT DOES THIS VERDICT MEAN ?

Merits of a case should be left for the trial where the accused can defend himself.

Climate-related disasters on the uptick

For PRELIMS this report is very important and its significance.

For MAINS there are some points which you can collect ! Rest all is not important.

The Global Climate Risk Index, published by environmental think-tank Germanwatch, rated Japan as the most-affected country in 2018, while Germany was in third position.

What is Germanwatch doing ?

What they found this year?

Japan>Philippines> Germany in the period from April-July 2018 was the hottest ever recorded in the country, leading to the deaths of over 1,200 people.

For PRELIMS this is very important issue , Concentrate on What is Bharat Bond ETF;Purpose;etc

What Is an ETF?

Ministry of Health and Family Welfare

For PRELIMS just know these supplementary schemes. They can be a pointer in any MCQs.

For MAINS use them effectively with co-relation .

The scheme has three components:

Only cases involving treatment beyond Rs. 5 lakh in hospitals with revolving fund and all the cases for financial assistance from hospitals not having revolving fund are referred to Department of Health & Family Welfare, Government of India for approval.

All other cases are handled by the Hospital administration only.

For PRELIMS let us understand the meaning of this award why it is given and when ?

For MAINS nothing much here !

Who Was Florence Nightingale?

Florence Nightingale was born in Florence, Italy, on May 12, 1820. Part of a wealthy family, Nightingale defied the expectations of the time and pursued what she saw as her God-given calling of nursing. During the Crimean War, she and a team of nurses improved the unsanitary conditions at a British base hospital, greatly reducing the death count.

World Health Organisation has announced 2020 as the Year of the Nurse and Mid-wife. Incidentally, 2020 will also mark the 200th birth anniversary of Florence Nightingale.

E-pharmacies in for more pain, but cure in sight

For PRELIMS facts relevant to e pharmacies is important . Rest is junk!

For MAINS this is a guide to E Pharmacies !

The Centre has ordered a halt to online drug sales through unlicensed online platforms—e-pharmacies—as it works on rules to regulate the sector. How are e-pharmacies different?

How big is the sector, what is its growth rate?

Does this mean online drug sales will stop for now?

What do e-pharmacies say about regulations?

What’s the argument of offline chemists?

Offline pharmacists have suffered due to the emergence of online sellers. According to the All India Organisation of Chemists and Druggists, patients risk revealing their private health issues due to the information they share online. It is concerned about the indiscriminate sale of habit-forming drugs, misuse of medicines and rising antimicrobial resistance. The industry body also claims loss of jobs. E-pharmacies, loaded with large private capital, offer 15-20% discounts, which offline retailers cannot match.

The Union cabinet on Wednesday gave its approval to the Personal Data Protection Bill.

For MAINS this question can become little important !

The Union cabinet on Wednesday gave its approval to the Personal Data Protection Bill that seeks to lay down a legal framework to preserve the sanctity of “consent” in data sharing and penalize those breaching privacy norms. In line with the European Union’s General Data Protection Regulation (GDPR), the government last year introduced a draft personal data protection bill to regulate the use of an individual’s data by the government and private companies.

Currently, there are no laws on the use of personal data and preventing its misuse, although the Supreme Court upheld the right to privacy as a fundamental right back in 2017.

So what is Data protection Bill ?

“The bill will encourage entities to start processing data in India and with high level of data consumption, the country is expected to become one of the world’s biggest centres of data refinery. The bill allows processing of data for lawful purpose only.

“What most people don’t realize is that unlike most other Indian laws, the Personal Data Protection Bill only lists a set of broad principles that lay down the contours of privacy in the country. That in itself offers neither a clear road map for governance nor any of the details that data principals, and fiduciaries alike, would need in order to understand their rights and obligations.

No personal data can be processed except for specific clear and lawful purpose.