“Always remember to challenge yourself to go beyond what is comfortable, Be more, create more, experience more.”

Official says fundamentals are strong, numbers will pick up

For PRELIMS lets understand the meaning of GDP and GVA #Investopedia

For MAINS you have to compare the analytics. See what is the real difference between the calculation part of the above two factors.

Growth in the gross domestic product (GDP) in the July-September quarter hit a 25-quarter low of 4.5%, the government announced on Friday.

What is GDP ?
What Is Gross Value Added – GVA?

Jannayak Janta Party of Haryana has been granted the status of a recognised State party by the ECI.

Jannayak Janta Party of Haryana has been granted the status of a recognised State party.

For PRELIMS you have to understand Registration of political parties under Section 29A of the RP Act, 1951 and also compare the same with national parties as given in Laxmikant.

For MAINS go through the benefits these parties enjoy !

For any political party to be eligible for recognition as a State Party in a state, it has to satisfy any of the five conditions listed below:

Eminent Malayalam poet Akkitham Achuthan Namboothiri, popularly known as Akkitham, has been chosen for the 55th Jnanpith Award, according to an announcement by the Jnanpith Selection Board on Friday.

For PRELIMS the purpose of this award and the contribution of the personalities stands very important.

For MAINS not an important issue. Questions on awards have disappeared since a decade.

Born in 1926, Mr. Akkitham is one of the revered names in Malayalam poetry. His literary excellence has footprints in genre like drama, reminiscence, critical essays, children literature, short stories and translations.

Akkitham has made a mark in various spheres of literature.

What is Jnanpith Award ?
IASbhai Windup:
“A poet of rare integrity, a creator of many works, all considered as classics, Mr. Akkitham’s poetry reflects unfathomable compassion, imprints of Indian philosophical and moral values and a bridge between tradition and modernity, delves deep into human emotions in a fast changing social space,”
Suggested reading : https://en.wikipedia.org/wiki/Jnanpith_Award

The state-of-the-art indigenous Anti-Tank Guided Missile (ATGM) Nag is in advanced stages of development, the Defence Research and Development Organisation (DRDO) has said in a sharp response to statements that raised questions on the programme.

For PRELIMS the specifications of missiles are important.

For MAINS look for the significance of these missiles in terms of national security. 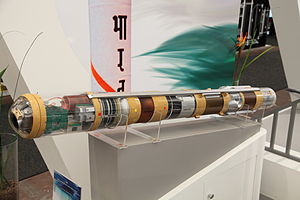 Nag Missile
Variants: It comes in five variants which are under-development namely –

IASbhai Windup:
Nag, the 3rd gen ATGM, was in the process of being inducted after extensive tests. The MPATGM, in an advanced stage of development.
Suggested reading : https://en.wikipedia.org/wiki/Nag_(missile)

For PRELIMS know these bonds and how they work

For MAINS it is important to know pros and cons of these bonds.

A plea has been filed in the Supreme Court seeking a stay on the implementation of the Electoral Bond Scheme, 2018, saying it has opened the floodgates of unlimited corporate donations to political parties and anonymous financing by Indian and foreign companies that can have serious repercussions on democracy.

WHAT ARE ELECTORAL BONDS?
IASbhai Windup:
Some Flaws: