Ahead of the Graded Response Action Plan (GRAP) that is scheduled to kick-in on October 15 to check rising air pollution in the Capital, Chief Minister Arvind Kejriwal said all the gains achieved so far to combat pollution would be nullified if neighbouring States do not stop crop burning.

What is Graded Response Action Plan ? little importnat for PRELIMS because question has already been asked in PRELIMS from this section.

Well for MAINS you have to understand major mitigation policies for AIR POLLUTION throughout the globe.

Sources in the Meteorological Department said smoke from crop residue burning in neighbouring States had started reaching Delhi and was not getting dispersed due to calm winds creating a haze over Delhi.

Haze is traditionally an atmospheric phenomenon in which dust, smoke, and other dry particulates obscure the clarity of the sky.

A new category of “Severe+ or Emergency” has been added.

Under this plan emergency measures will be automatically enforced in NCR if level of PM2.5 breaches 300 micrograms per cubic metre (µgm/m3) and PM10 levels stay above 500 (µgm/m3)for two consecutive days.

It also lists a number of other measures such as closing brick kilns, stone crushers, hot mix plants and intensifying public transport services and increasing the frequency of mechanised cleaning and sprinkling of water on roads.

The Centre-run System of Air Quality and Weather Forecasting and Research said smoke from stubble burning will make up 6% of Delhi’s pollution by October 15, when the GRAP comes into force in Delhi-NCR.

Despite a ban on stubble burning in Punjab and Haryana, farmers continue to defy it and pollution monitoring bodies have shown that Punjab has reported a 45% increase in such cases till October 11 while Haryana has shown a slight decrease.

The health of the public, especially those who are the most vulnerable, such as children, the elderly and the sick, is at risk from air pollution, but it is difficult to say how large the risk is.Its duty of State as well as Citizens to nurture the nation to its best.

India’s growth rate is projected to fall to 6%, the World Bank said on Sunday.

Estimates of World banks are of great importance for any economy.

For PRELIMS go through the report breifly, numbers involved are not important.

According to the World Bank, poverty has continued to decline, though possibly at a slower pace than earlier.

The report, however, said disruptions brought about by the introduction of the GST and demonetisation, combined with the stress in the rural economy and a high youth unemployment rate in urban areas, might have heightened the risks for the poorest households.

The significant slowdown in the first quarter of the fiscal year and high frequency indicators suggested that the output growth would not exceed 6% for the full fiscal year, the bank said.

Minimizing CAD should be the prime alert to wind up this issue.Cyclic Effects of global economic forces should be tackled by tight monetary policy by all South east Asian countries.

One nation one ration card scheme

Many denied PDS rice due to non-seeding of Aadhaar

Schemes are very important for both PRELIMS and MAINS.

For PRELIMS: Read all basic features below

The ‘One Nation, One Ration Card’ scheme seems to be not working in favour of many in Odisha, according to a survey that found that hundreds of people have not been provided rice through the Public Distribution System for two months due to non-seeding of Aadhaar. The study also found that exclusion due to Aadhaar linking is more prevalent in tribal areas.

Let us understand what is “One nation one ration card scheme”

The Union Government plans to extend the One nation one ration card scheme to all the states by August 2020 to enable the portability of the food security card.

Small glitches under seeding can cause much impact in the marginal families. UIDAI should look forward with better technologies to cover the tribal belt of Orissa.

Researchers have found litter from Malaysia, Indonesia and Thailand on the island, which hosts a biosphere reserve

Plastic is an important international issue to be tackled by intergovernmental strategy. For PRELIMS you need to focus on top three places influencing Nicobar beaches.

For MAINS jot down some points from this article to write PLASTIC waste management.

Sixty of these were analysed and found to be of ‘non-Indian origin,’

The island is home to one of the most primitive tribes of India — the Shompens.

The island is also home to giant robber crabs, crab-eating macaques, the rare megapode as well as leatherback turtles.

Plastic pollution has emerged as one of the severest threats to ocean ecosystems and its concentration has reached 5,80,000 pieces per square kilometre.

Kathmandu to import more from Beijing; Chinese banks to open branches in Nepal

In the past few years, Nepals proximity to China has increase after madeshi issue. India has to draw

‘Education of mothers directly linked to better nutrition for children’

For PRELIMS: Go through ministry , reports snippets and note down important observations

For MAINS:You will have to grasp the essence of this report;You need to keep an eye on comparison chart between educated/illiterate mother.

These were charted against population characteristics such as religion, caste, place of residence and the mothers’ levels of schooling.

Data from the study show that with

The proportion of children aged two to four consuming dairy products, eggs and other fruits and vegetables increased with the mothers’ education level and household wealth status.

For example, only 49.8% of the children in that age group whose mothers did not go to school consumed dairy products, while 80.5% of the children of mothers who completed their schooling did so.

These trends also show among older children and adolescents — only 25.4% of the children in the 5-9 age group with uneducated mothers received eggs, but 45.3% of the children whose mothers studied till Class XII had eggs.

Levels of stunting, wasting and low weight were higher in children whose mothers received no schooling as opposed to those who studied till Class XII.

Anaemia saw a much higher prevalence of 44.1% among children up to four years old with mothers who never went to school, versus 34.6% among those who completed their schooling.

But on the flip side, a higher level of education among mothers meant that their children received meals less frequently, perhaps because the chances of the women being employed and travelling long distances to work went up — 50.4% of children in the age group of 6-23 months born to illiterate mothers versus 36.2% among those who had finished schooling.

Education is a powerful tool to empower the coming generations with health wealth and prosperity.

Typhoon Hagibis made landfall south of Tokyo on Saturday evening and battered central and northern Japan with torrents of rain and powerful gusts of wind. The typhoon was downgraded to a tropical storm on Sunday. 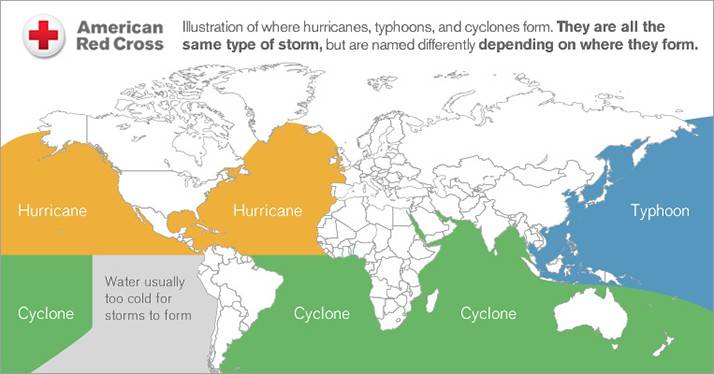 Give the best Kick Start to your preparation with our test series !